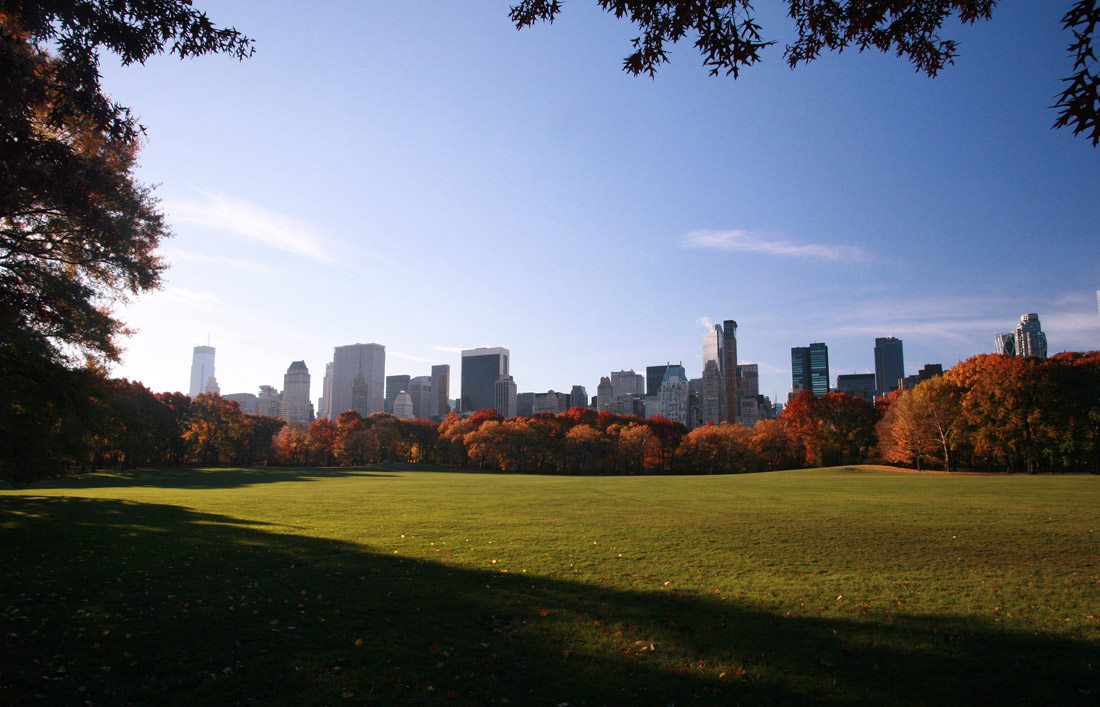 An oasis of peace, culture and beauty at your doorstep.

Calvert Vaux arrived from London to work on a project in Newburgh, New York. By 1856 he was living in New York as a citizen of the United States. It was not long before he met Frederick Law Olmsted, a dilettante and man of privilege from Brookline, Massachusetts who had been appointed the Superintendent of a new 843 acre park to be built in Manhattan’s center.

Calvert Vaux, made the right political move and approached Olmsted with the idea of forming a working collaboration. Vaux and Olmsted submitted their concept for the design of the new park in an open contest run by the City of New York in 1858. Called the Greensward Plan, their union and strategy proved to be fateful when the examining committee chose it as the winning design.

Over one hundred and fifty years later Central park is still providing a respite, a veritable portal to the natural world, with the real contours of nature, rich woodlands, winding paths, hills and valleys, intended to transport the imagination and human spirit in the way that only nature can. In every season, the park resonates with life, culture, sporting events and social activities. Whether you care to jog, picnic, dance, roller-blade, view Shakespeare under the stars, play Frisbee, write a letter or simply walk the dog – the park is a haven of inspiration.

Central Park, located on the Atlantic flyway, is one of the country’s richest bird watching areas. The Arthur Ross Pinetum is an ideal location to spot winter migrating, long-eared and saw-whet owls sleeping during the day in any one of its comprehensive pine tree collection. 230 species of birds have been spotted in and around the Ramble – a 38-acre wild strolling garden featuring hundreds of trees and shrubs, secluded glades, rocky outcrops and a stream known as “The Grill.”

Greeting more than 20 million visitors from around the world every year and Central Park was declared a national Historical Landmark in 1965 and a New York City Landmark in 1974. Central Park has served as inspiration for many other city parks including Golden Gate Park in San Francisco.

The 22 acre lake in the park was developed for both boating and ice skating and was created from a large swamp. Hernshead is also the name of the peninsula in the lake and named because it was thought to resemble a Heron. Ice skating was very popular from the lakes first opening in 1858 until Wollman Rink opened in 1951. Wollman Rink is open for day and night ice skating in season. Boating remains a popular activity on the lake. You can row your own boat or take a gondola ride.

The much smaller and very Zen pond in the southeast corner of Central Park well below street level which makes it surprisingly quiet and calm. Gapstow Bridge arches over the northeast end of the Pond.
The largest body of water in Central Park is the 106-acre, 40 food deep Reservoir, named the Jacqueline Kennedy Onassis Reservoir in 1994. It is circled by a 1.5 mile track used by thousands of runners a day. Weekly races are sponsored by the New York Road Runners Club.

The northernmost body of water in Central Park is the 11-acre Harlem Meer where ‘catch and release fishing’ is popular. The Charles A. Dana Discovery Center on the northern shore is Central Park’s newest building. Also, don’t miss the nearby Conservatory Garden.